Two sides still with a bit of work to do to assure themselves of safety in the Premier League prepare for battle at St Mary’s on Saturday lunchtime, as Southampton play host to Crystal Palace.

More odds and Betting Tips for Crystal Palace vs Southampton

Taking just one point from the last nine on offer in the top flight sees Palace sit one place and two points worse off than Southampton in 14th with a game in hand, and attempting to consolidate a mid-table position is the only objective left on Vieira’s 2021-22 agenda now.

The Eagles have proved themselves to be a force to be reckoned with at Selhurst Park in recent weeks, but Vieira’s side have only won three league games away from home all season – only the hapless trio of Norwich City, Burnley and Everton have fared worse in that regard. Southampton and Palace played out an end-to-end 2-2 draw at Selhurst Park just before Christmas, and the Eagles are still waiting for their first Premier League clean sheet away from home against the hosts, who will still be wary of a Vieira frontline with a point to prove.

Having made the journey back home across the South Coast with another point in the bag, Southampton have more or less staved off the threat of a late relegation scrap as they occupy 13th spot in the standings – 11 points clear of 18th-placed Everton, who do boast two games in hand.

A paltry tally of just one win from their last eight Premier League games has dented Southampton’s hopes of a top-half finish, but Leicester City and Newcastle United are still within touching distance as Ralph Hasenhuttl aims to steer the Saints to their first top-10 finish since 2016-17. The hosts also ended a run of three straight home defeats in the Premier League with a 1-0 success over Arsenal two weeks ago, but that win represents their only clean sheet in any competition since the start of March, and Palace are desperate to rediscover their attacking touch.

Winning games on the road has been a sticky point for Palace all season long, and their tag of resident draw specialists could certainly ring true in a fixture where the spoils are often shared. Crystal Palace have built an impressive squad this season but have been plagued by inconsistency this season. The Eagles can pack a punch on their day and have a point to prove in this fixture.

It is difficult to back Southampton with any real confidence either given their mixed bag of results and devastating injury to Livramento, so we can only predict another stalemate between the two sides here. Southampton have also presented a robust front this year but have a few issues to address ahead of this game. Both teams are evenly matched and could play out a draw this weekend.

Southampton 1-1 Crystal Palace, as predicted by us 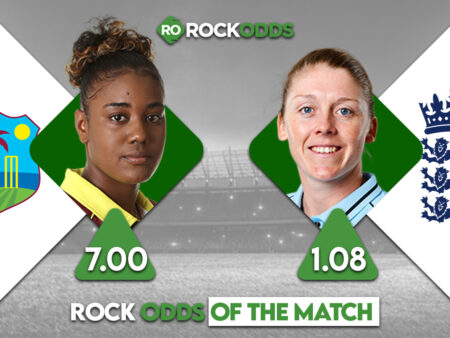